The major reasons for this not being published are:
1. Cydia Substrate is patched by replacing a library that loads the tweaks into the system. If we would have a un-patched Substrate for 10.x then I maybe would consider twice about this. But as long as it’s patched and I don’t own it, there’ll be not releases!
2. As a single developer, I don’t want to be responsible for other people’s devices, if they break or lose something. I neither don’t have the time to help people having problems with the jailbreak process itself.
3. Also, this jailbreak is stable sometimes and sometimes not. That means that it’s mostly used for testing tweaks or for private use and is NOT ready to be released at all!

Sent from my iPhone using Tapatalk

So he should tell me what he feels needs to be "patched" :/. FWIW, Substrate is known to work on iOS 10.0, and I have good reason to believe it works fine on iOS 10.1. BTW: I'll say that one way to gain a lot of immediate legitimacy is to actually provide such details... rather than saying "waiting on saurik", you say "on iOS 10 they changed X, and so we had to do Y, which is something saurik now needs to update"; it doesn't affect your jailbreak (as this is something in userland which is totally unrelated to the exploit), and it makes it extremely clear "ok, this is actually real", as the only way you'd be able to say something credible about that is from having tested it with a real jailbreak (and otherwise, as it stands, I still don't see anything in this video which is really making me think "ok, this is a jailbreak").

So... it turns out this is someone who has been in contact with me quite a bit recently over what is essentially a beginner-level issue with Unix file permissions that caused Cydia Eraser to do the thing it sometimes does where there are so so so many things broken on the filesystem that it goes crazy trying to even keep track of them all. He kept insisting that Cydia Impactor should just ignore these changes and he didn't seem to have a good grasp of how to update or fix file system permissions. (And the fact that the file permissions got destroyed in the first place was certainly due to a kind of oversight in low-level Unix stuff that someone advanced enough to work on a jailbreak either would not have made in the first place or would have understood immediately and replied with "facepalm".)

At any time issues with an iOS 10 jailbreak and my software could have been brought up, but nope... and now he's just complaining at me via reddit PM for supposedly claiming the jailbreak is "fake", which is something I carefully did not claim before--instead just noting that nothing so far was enough to demonstrate it was real, and pointing to what could specifically be provided--but rather than providing that information he's now just super angry at me :/.

Look: MuscleNerd posted a bunch of guidelines a while back for what is required to even start to believe that a jailbreak is real given a video; the first thing I think when I see this one is "this could have been recorded in the iOS Simulator for all I know: you need to show a video of the device itself, not a screen recording, as those are way too easy to edit in post processing". There have not been any devices checking in with this version of iOS. It isn't even clear to me where in the video there is proof that Substrate is being used... that should be the focus of the video, not Cydia Installer (and if you are going to focus on a system app, it should be something that isn't open source and only runs on ARM). When you see a video from someone with extraordinary claims the evidence required to believe them is also extraordinary, and people who actually do this kind of work understand this going in, know what information is needed to be conveyed to really nail the feeling of legitimacy, and construct their presentation to disprove doubters.

Regardless, I've now had a series of back/forths with this person where I've pointed out an increasing belief that this is is not real and it even progressed to the point where I've been saying that if he wants to make me "eat my words" (as I have well crossed the threshold of belief) that he should just come out and explain what he needed to change in Substrate. He refuses: he just keeps complaining to me about how I dared to call him on this or insisting that it didn't work (even changing his tune from iOS 10 to iOS 10.1 after I dug my heels into the ground on how I know 100% that Substrate works on iOS 10.0). He also continues to argue with me about Cydia Eraser, which isn't helping here.

At this point, I'm calling it: this is fake; and if now he suddenly decides to provide actual details on what was broken, I don't even feel like it will be "making me eat my words" anymore as he'd still be a troll (I mean, if you wanted to try to convince someone something was fake, this is how you'd go about it: you'd put up not enough information and you'd get angry when people are skeptical; it would be incorrect of me at this point to not believe this was fake, and someone with sufficient knowledge of jailbreaking to build one would understand and predict that).

Seriously: when you see a teaser video for a jailbreak, the first thing you should do is downvote it; then you watch it, and if at the end of the video you are thoroughly convinced it is real (not just "there's still a possibility it is real") you can go back and upvote it... and if not, just close the tab and move on with your life. If the jailbreak is real, at some point later there will either be more evidence or an actual release: making a big fuss over teaser videos helps no one and just encourages people to try to get attention by making more of them. 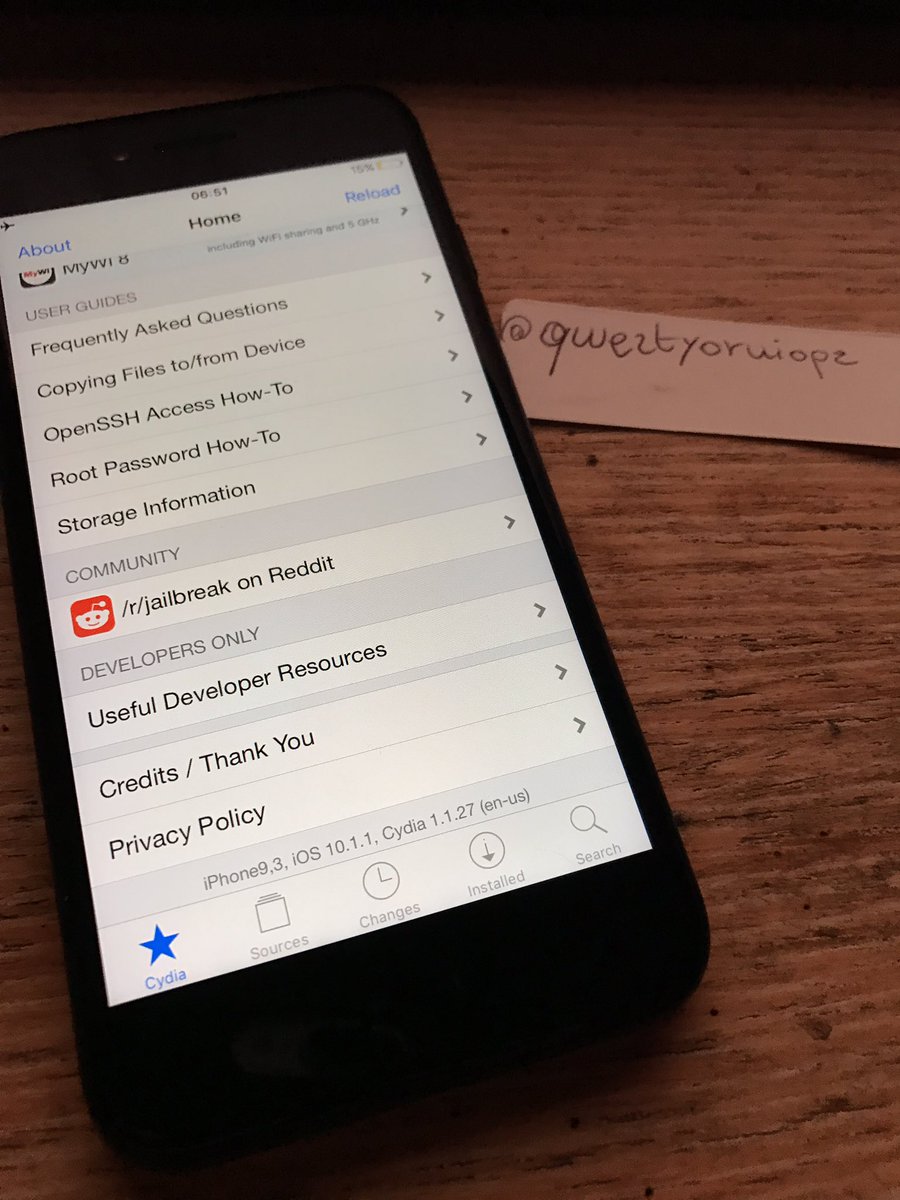