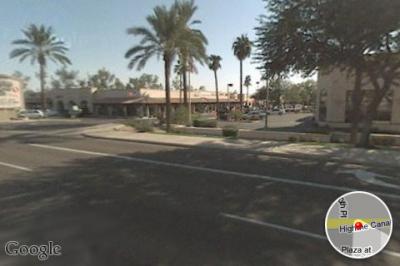 Update: Apple has removed the update, leaving developers with access to only the “old” iPhone Firmware v2.2 Beta 1. The new 2.2 beta 2 is back and ready for devs to download, and we’ve received reports about some hidden features that are definitely worth mentioning.

We initially posted that the OS 2.2 beta 2 was seeded to developers last week, however quickly after the first report Apple removed the update.

The firmware was made available, yet again, to developers sometime Friday.

Some other sites have disclosed that the firmware will be equipped with Google Street View, as well as the ability to support Line-in audio accessories.

This is great, but there are also some little bits of information that bloggers seem to be missing about beta 2.

Yes, you do have the Street View, which is cool, but now you can also attach your location to emails. This allows recipients the ability to click on the location and get directions directly from Google Maps.

Another great hidden feature that isn’t being discussed? iTunes has added a tab for downloading podcasts. An interesting turn of events since Apple originally rejected a 3rd party app, Podcaster, that had similar features.

Finally, the last thing we’ve heard is that the App Store user interface has been moderately tweaked. The changes are slight, but noticeable.


When set in Directions mode, Maps now offers three icons -- car, public transit, and walking -- centered at the top of screen, in between the "Edit" and "Start" buttons. Selecting the transit icon provides a list of transit choices that can include subways, buses, or a combination of the two.

A list of departure times and estimated commute times accompany each transit option. Once you select a particular method of transit, the Maps application will serve up step-by-step directions from your current location, usually directing you to your chosen departure subway or bus stop on foot. During commutes, Maps will specify when you should board or disembark from a bus or train.

Meanwhile, Street views on the iPhone will let you view street-level photographs, just as they would at maps.google.com. To activate the feature, iPhoneYap reports that you simply need to "drop a pin or click a searched location to get the tooltip to popup from the pin." The tooltip popup then serves as a gateway to the Street View interface.

Once in Street View, you'll notice two options in a bar at the top of the screen: "Report" and "Done." A small navigation circle showing your current location (on a map) overlays each Street View photograph.

One final feature noticed in the new version of Maps is location sharing. Selecting the "Share Location" option of an address will auto-fill an email with a hyperlink to the location, which will automatically launch and load in Maps application of the recipient, assuming they too have an iPhone.