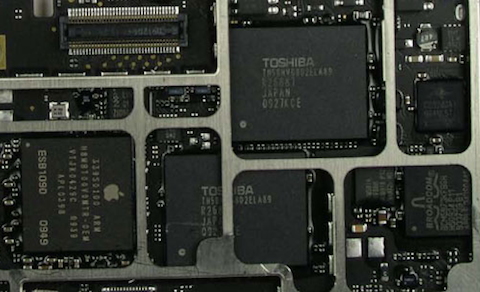 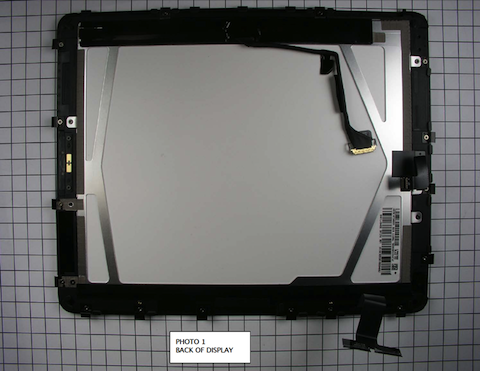 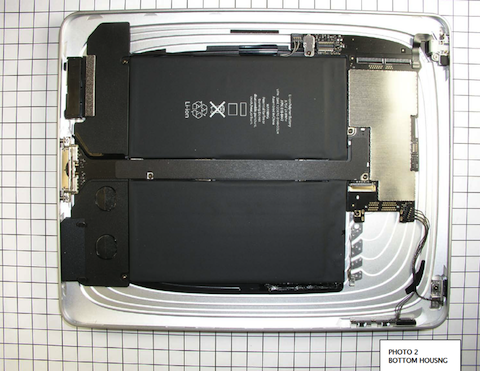 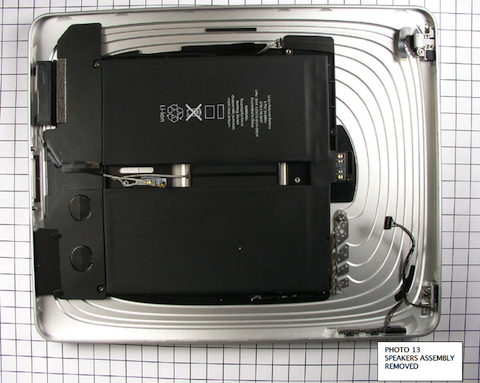 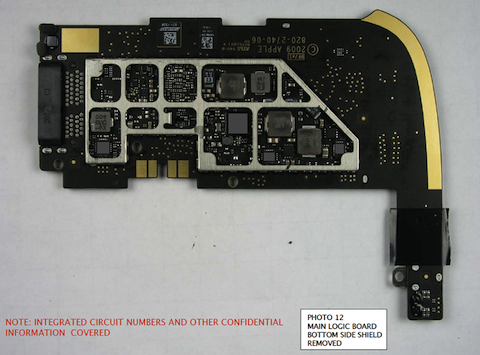 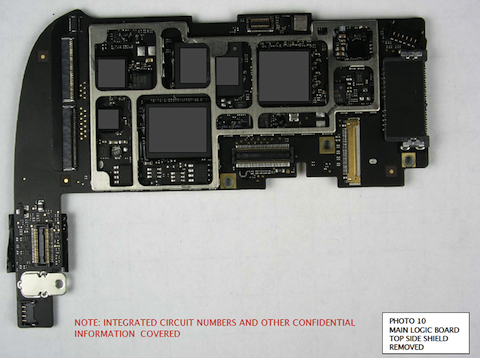 1. This is likely a pre-production board so suppliers could have changed. Notably, Apple is known to source Flash from multiple vendors including Samsung and Toshiba. Toshiba shows up in this particular model.

2. More glue than usual is holding down chips. This indicates that it is more rugged than a normal laptop would be. Much more so.

4. This motherboard was made by AT&S.

5. To save space, Apple put the Wifi and Bluetooth boards on the cable that connects the 30pin interface with the motherboard. This will also make for easy updating of that part. No GPS parts are on this cable

8. The battery is a huge 24.8 (Apple advertises 25) watt-hour battery. It is closer to a MacBook Air (40WH) than it is to an iPod Touch (4WH). The battery is actually two separate 3.75V lithium polymer cells that run in parallel.

10 Like on the new iMacs, the iPad uses the Apple logo as a window for the Wifi antenna. Otherwise the back is a solid piece of aluminum. The other antenna is on the bottom left corner under the glass bezel